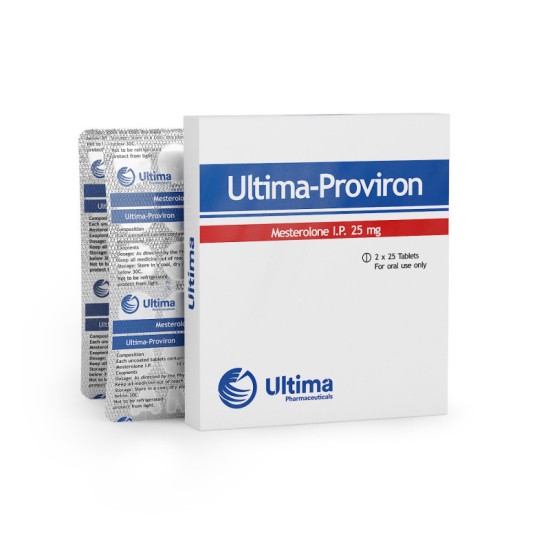 Ultima-Proviron can be called one of the most undervalued drugs in a bodybuilder’s arsenal. This drug is not a classic anti-estrogen. Moreover, Ultima-Proviron (active ingredient – Mesterolone) is an anabolic steroid preparation, a derivative of dihydrotestosterone. According to the structure, Mesterolone molecule is very similar to Methenolone, in fact, the difference between the two drugs is approximately the same as between men and women. Above is written that Ultima-Proviron can, for the most part, be attributed to aromatase inhibitors. Why “mostly”? Yes, simply because this drug is partially blocker of estrogen receptors, although this type of activity is not major. Such is the double nature of Ultima-Proviron. This uniqueness of this truly remarkable product does not end, it has a whole series of useful properties for you. A very interesting Ultima-Proviron feature is its ability to increase the amount of free testosterone in the blood by attaching to binding globulin sex hormones, and reducing thus the last activity. It is hardly worth saying that increasing the amount of free testosterone in the blood – this is not just good, but very good. Due to this property, many athletes use Ultima-Proviron for 5-7 days in the middle of the cycle of AAS. However, some researchers refer to Mesterolone more as anti-androgen, highlighting its inappropriate to apply during the reception cycle of anabolic steroids, but it seems that this is not entirely correct.

Ultima-Proviron is used in precompetitive preparation for increasing the rigidity of the muscles, it has an amazing ability to give your muscles definition. The drug is used by actors and model before shooting when they want to emphasize muscularity. Another interesting Ultima-Proviron feature is its ability to significantly increase the libido in men (often drug causes spontaneous erections), which makes its application simply unavoidable in conjunction with drugs, which are lowering libido (Trenbolone, Nandrolone, Norethandrolone, Ethylestrenol). Using Ultima-Proviron in recovery alone can not be entirely justified – here his best results will be combined with Tamoxifen (Nolvadex) or Clomiphene (Clomid).

Ultima-Proviron daily dosages: ranges from 25 to 100 mg, which is generally 1-4 tablets. 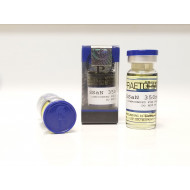 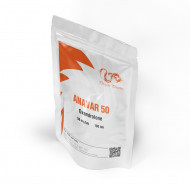 Anavar 50mg
Perfect relief safely and quickly with Anavar 50mg All professional athletes are well aware that it is very difficult to get a lean body and burn a s..
$170.00
Ex Tax:$170.00
Add to Cart
Add to Wish List Compare this Product
Buy Now Question
We use cookies and other similar technologies to improve your browsing experience and the functionality of our site. Privacy Policy.